Dave and Cathy Flack began their 40 plus year adventure in Siloam Springs by coming to attend John Brown University (JBU). Dave graduated with a degree in Bible and a degree in business going on to complete a Master of Accounting at the University of Arkansas. Cathy finished her work at JBU with a B.S.E. in Elementary Education.

They were drawn to Outreach Center Church (OCC) in 1984 because of the ministry, people, and the values of OCC. Shortly thereafter, Dave joined leadership working with youth, college, and small groups. Dave had many roles in his years at OCC, currently he serves as Lead Pastor, Elder, Director of Ministries and Small Group Administrator. Cathy currently Co-Directs the Prayer Servant Ministry. She leads the Ministry Team and serves as a member of the Intercessor Team as well as the SOZO Team. Both Dave and Cathy are passionate about raising up, disciplining, and releasing the next generation. 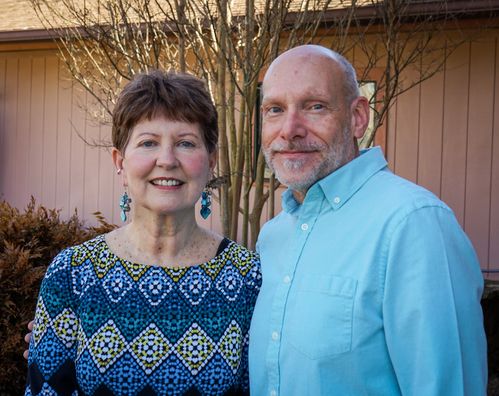 Director of Worship and Office Administrator

Both Steve and Annie Ritz grew up in Siloam Springs, Arkansas. They began attending OCC in high school and later got married at the church. When Steve first joined OCC, he got involved with the worship team and later served as a Small Group leader for several years. Annie got involved in the worship team early on, as well as volunteering in the Nursery and serving on the Sozo Ministry Team.

Steve now serves on the Elder Board as the Treasurer for OCC and is a part of the Worship Team, AVL Team and the Ministry Team. Annie currently works as the Office Administrator and Director of Worship at OCC. She also coordinates the CARE Ministry and serves on the Prophetic Team. Steve and Annie are both passionate about worship and ministry. Their goal is to see the community at OCC grow and help others develop their callings.

Steve and Annie have four children and are soon-to-be grandparents. In their free time they like to exercise, watch movies and spend time with family.
Contact Steve
Contact Annie 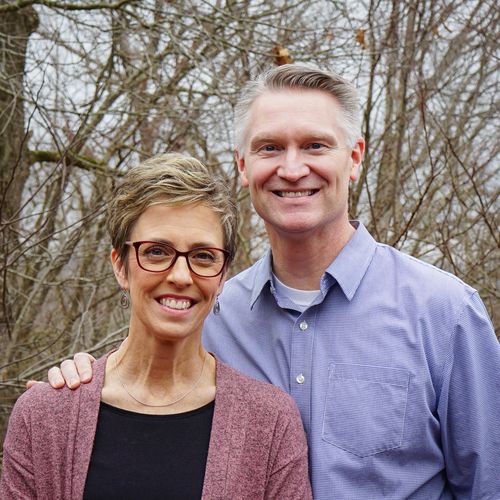 Chairman of the Elder Board

Dan Gowin is originally from North Dakota/Minnesota and grew up as a missionary in Senegal, West Africa, coming to Siloam Springs to attend JBU. Beth Gowin was raised in New York and moved to Siloam Springs after they got married at OCC. When Dan first came to OCC, he was drawn to the focus the church held of mission work and both Dan and Beth got involved in the worship team early on. They also helped to coordinate several mission trips with the Youth and volunteered in the Nursery and Preschool.

Dan now serves as a Worship Leader and on the Elder Board as the Chairman of the Board. Beth serves as part of the Worship Team, a part of the Ministry Team and serves on the Sozo Ministry Team. Both Dan and Beth are passionate about worship at OCC, enjoy being Small Group Leaders and desire to see younger generations become passionate for Jesus.

Dan and Beth have four children. In their free time, Dan plays soccer and Beth enjoys gardening and bird-watching. They both enjoy exercising together and spending time with family.
Contact Dan 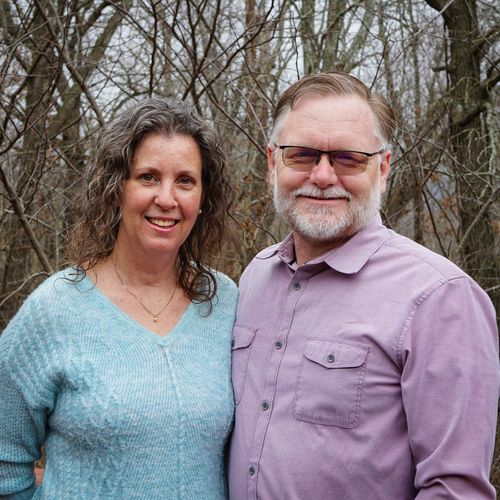 Mark was born and raised on a farm in Oklahoma. Arlene was born in Arkansas but during her school years lived in cities in four states. After meeting in college, they married and served in several churches around the region before moving to Northwest Arkansas in 1982. A few years later, when searching for a youth group for their teens, OCC was recommended and they began attending. In time, they committed to be part of the fellowship. They were drawn by the focus on prayer, worship, missions, biblical leadership, and family. Mark and Arlene served as Small
Group leaders and teachers. Mark became an elder and Arlene served as a pre-school class teacher, Office Administrator, and the Director of Pre-School Children’s Ministry.

Mark currently serves as an elder, Director of Missions and Small Group leader. Both Mark and Arlene serve and help to shepherd the body of OCC. They are passionate about God’s Word and sharing the good news of Jesus with others. Their desire is to see OCC become a place where people are transformed by the love of Christ, enabling them to share that love with others.

Mark and Arlene have two children and ten grandchildren. They are thankful to live in the country where Mark is a beekeeper and raises White Dorper sheep. He also manages and leads the electrical department at McKee Foods. They enjoy doing things together, spending time with their family, as well as reading, gardening and traveling.
Contact Mark 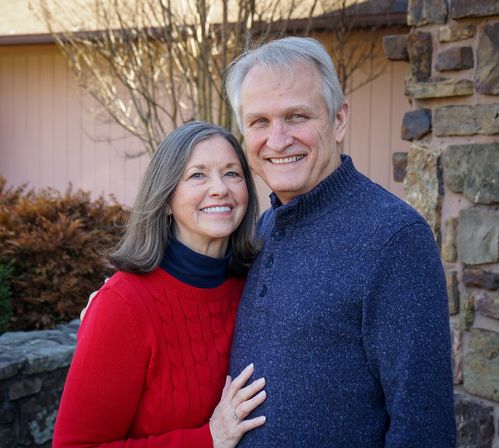 Both Rick and Connie Faust were born and raised in Minnesota. After getting married, they moved to Northwest Arkansas in 1984. When they first attended OCC, they were drawn to the encouraging worship and the emphasis the church put on finding an intimate relationship with God. Rick and Connie got involved at OCC by working with youth, ministering to college students and leading mission outreaches. Connie served as a part of a leadership team for young mothers, volunteered in the Nursery and worked as the SOZO Ministry Coordinator.

Now, Rick serves on the Board of Elders and Connie continues to work as the SOZO Ministry Coordinator and volunteer for the Nursery. They both desire to see OCC become a central hub for equipping believers with the tools they need and building teams using inter-relational ministries. They are passionate about prioritizing love and unity at OCC.

The Fausts have three children and three grandchildren. Rick works as an Associate Professor at JBU. In their free time, they both enjoy road biking together and spending time with family.
Contact Rick
Contact Connie 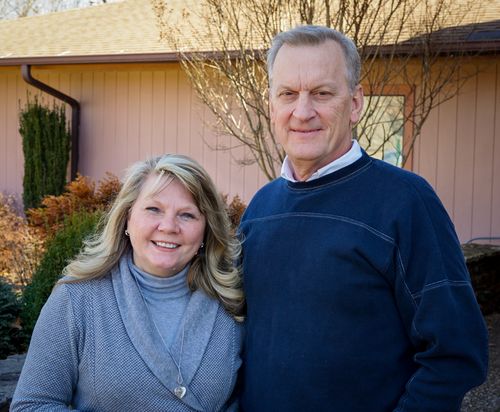